The old fortress that protected the city of Tórshavn from pirates. It is situated on the northern part of Tórshavn harbour. Its primary function was to protect the trading facilities and later the center for the royal trading monopoly.
The Fort is believed to have been built as early as 1580 by Magnus Heinason a Faroese national hero who served as a privateer for the Danish government. The Fort was expanded in 1780 and has also been renovated in recent years. It is comprised of an inner and an outer wall, a garrison, a gunpowder magazine and a lighthouse.
In its early days guard duty was imposed on the poorest residents in the city of Tórshavn whose livelihood depended on bounty from the farmers. After royal trading monopoly was imposed, a military offical from the Danish Crown held the position as commandant of The Fort. During the Second World War The Fort became the headquarters of British Royal Navy Command. 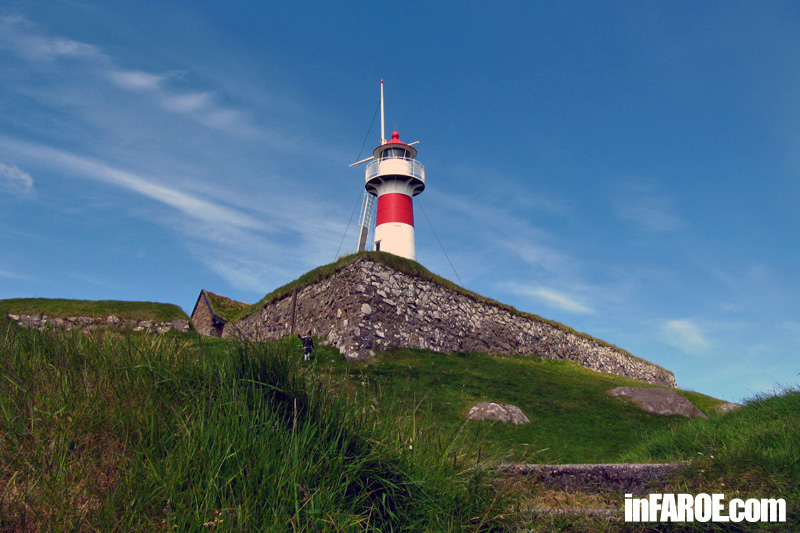 Skansin on the great hill

Two 5.5” guns were put in place around The Fort to protect against any approaching hostile ship. The guns are still in place serving as a reminder of the occupation. There are also some older Danish canons on the inner wall. The Fort is located within walking distance from the city center in Tórshavn. 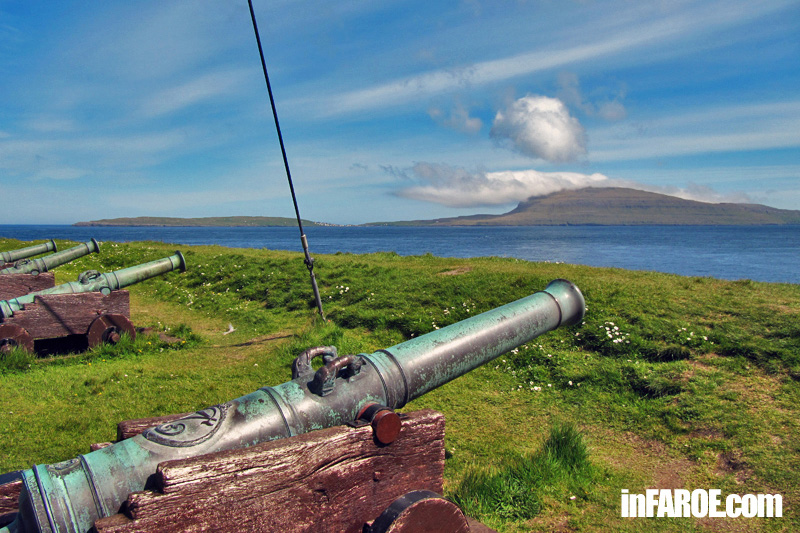 Old canons on the hill