The oldest part of Tórshavn with the old wooden houses with grass roofs. Placed at a small peninsula dividing the harbor of Tórshavn into two bays. Eystaravág (Eysternbay) and Vestaravág (Western bay).

Tinganes is the location where the old Norsemen met to agree on laws and settle disputes. The name derives from this function. It is one of the oldest parliament meeting places, used as early as 825. At its outermost point there is an old warehouse Skansapakkhúsið, which is now home to the prime minsters office of the home-ruling government. 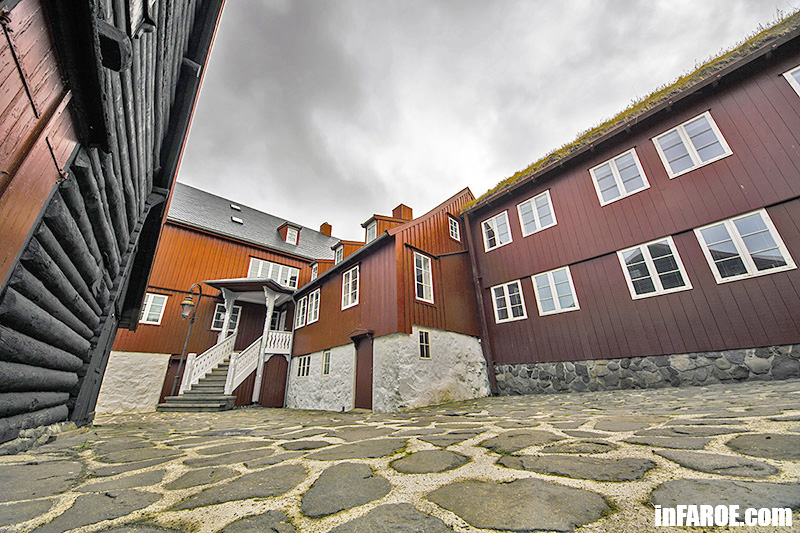 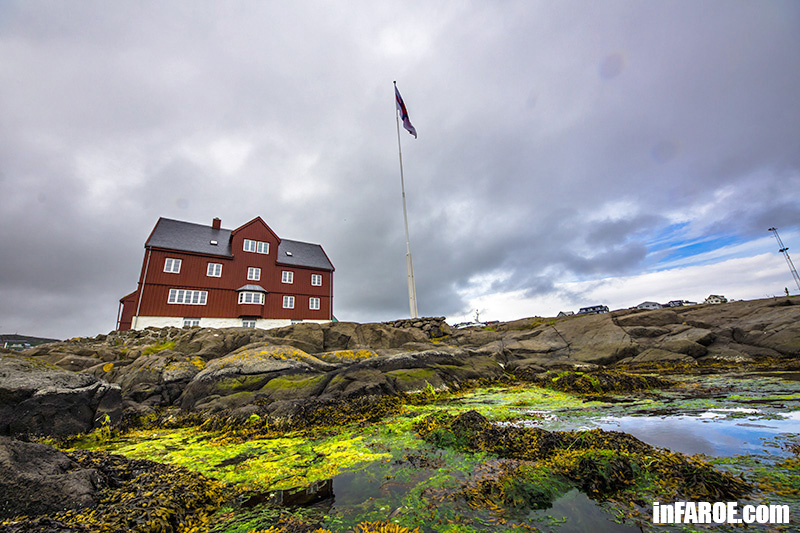 Through the ages Tórshavn was the port of all trading traffic in and out of the Faroe Islands. All of these facilities were located at Tinganes. Many of the old buildings which now are used as offices were once warehouses belonging to the royal trading monopoly. At the northern end of Tórshavn Harbour there was built a the fort Skansin to protect the city and its trade. It is estimated that many of the standing warehouses have been built in the 16th and 17th century.