The northernmost village of Streymoy, surrounded by big mountains and with a beautiful beach, overlooking the giant and the witch (Risin og kellingin) lies a beautiful small villages called Tjørnuvík. Here you will experience an astonish nature, with a feeling you are flying 1000 years back to the viking age! Its definitely something worth adding to your bucket list.
If you visit Tjørnuvík in the summer time you might see many people enjoying the beautiful beach. The weather can be very different to other locations in Faroe islands, and sometimes much better, since the village is surrounded by high mountains. 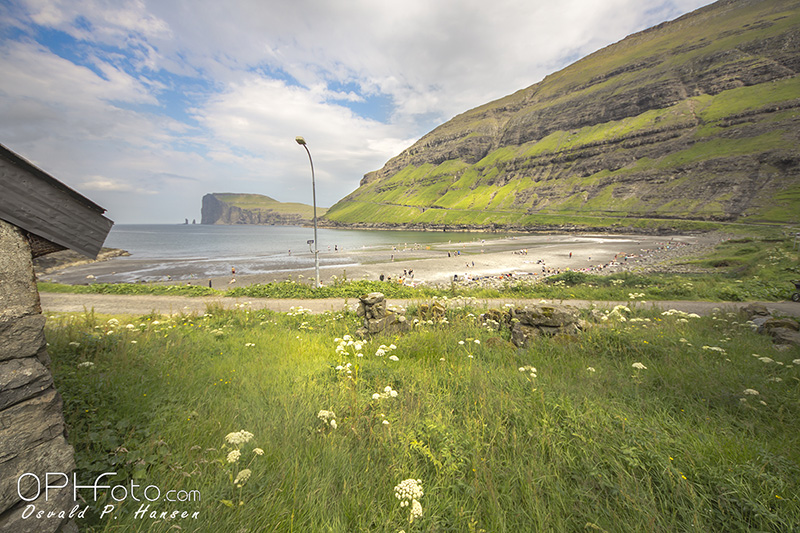 Excavation has prove that the village is one of the oldest villages in Faroe Islands. In 1956 they found several tombs which belongs way back to the old viking age. They found also some interesting Celtic bronze pin that archaeologists interpreted as a proof that there was connection between the Norse settlements in Britain and the Faroe Islands. 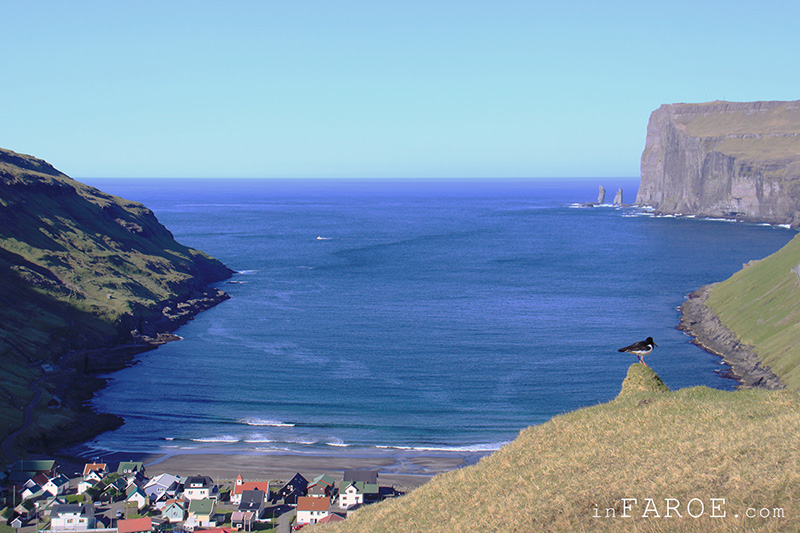 Tjørnuvík from the valley 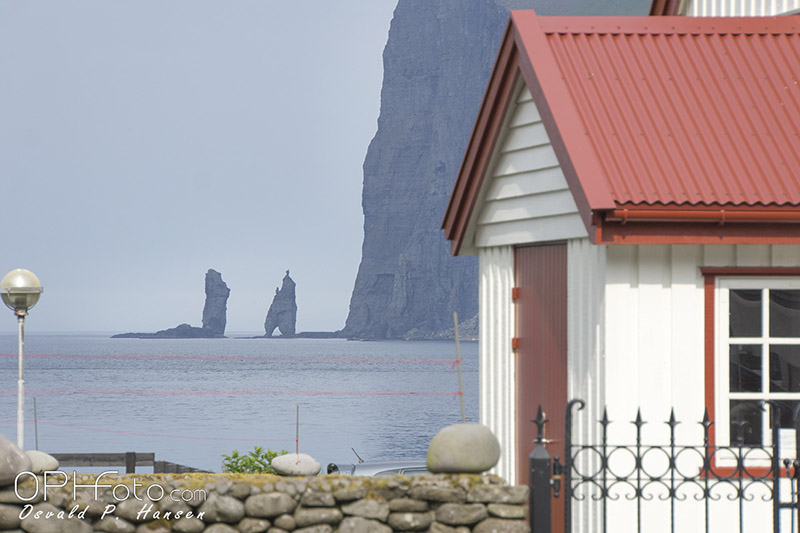 The Giant and the Witch from Tjørnuvík

The village is very small with a population around 65 people, and this is also a perfect place to see the popular Giant and the Witch which are standing 71 and 68 meters above the sea level.

Book a sightseeing tour in the Faroe Islands