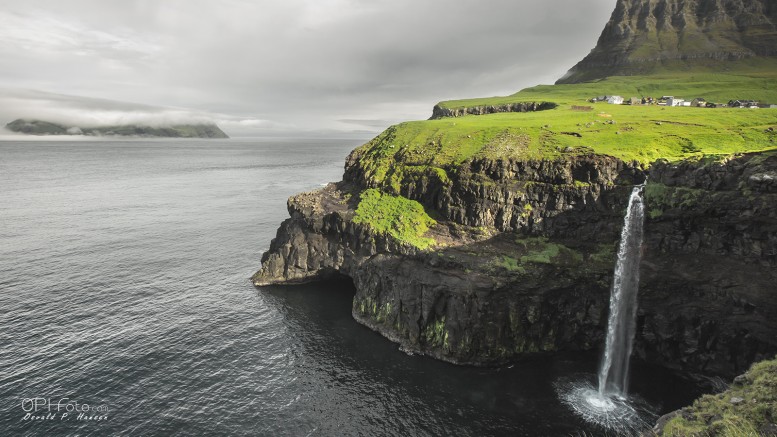 Gásadalur is located in the west side of the islands Vágar. From Gásadalur you can enjoy the beautiful view over Mykines and the famous uninhabited islet Tindhólmur, with the five peaks and its highest point at 262 meters. Gásadalur translate directly to English as “goose valley”, which is told to be named after the wild geese, which from ancient times have travelled to the valley. The village is surrounded by great mountains, where we have Árnafjall that peak a height of 722 meters to the north, and Eysturtindur to the east with the height of 715 meters.
On the picture to right you can see the view from halfway up the mountain Árnafjall, where the photographer OPHfoto.com has capture the beautiful village Gásadalur, with Tindhólmur on the background. The mountain to the left of the picture is called Eysturtindur, where the tunnel goes through, to the closest village Bø. 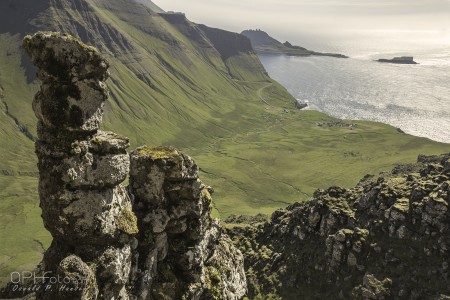 In year 2004 a tunnel was created to Gásadal, which made it possible to drive through by car. Before the tunnel, the village was one of the most isolated Faroese villages, and became almost totally depopulated. Before the tunnel, the villages had to take the strenuous route over the great mountains, to order to reach other villages. In 2002 there were only about sixteen people living in Gásadalur, where today we find several of the houses empty. After it was possible to drive to Gásadalur, the village has become more popular for both locals and tourism. 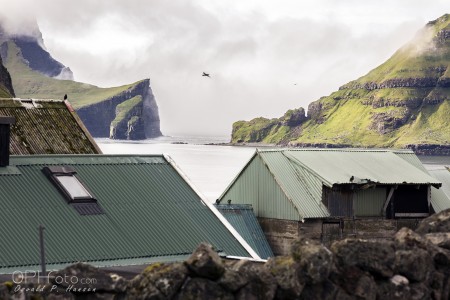 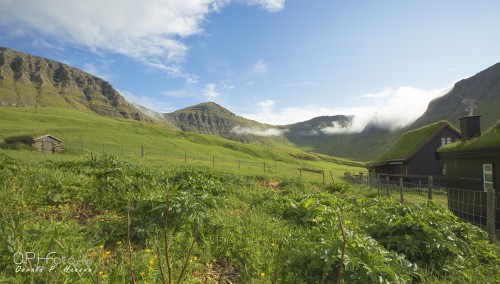 The village is high above the sea level, and this makes the landing site very poor. Because of the poor landing site and villages and fishermen, had to keep their boats near Bøur, which is the nears located village. During the war in 1940, during the British occupation, a stairway was built from the shore up to the village, which made the connection between boats to village a bit more easy. 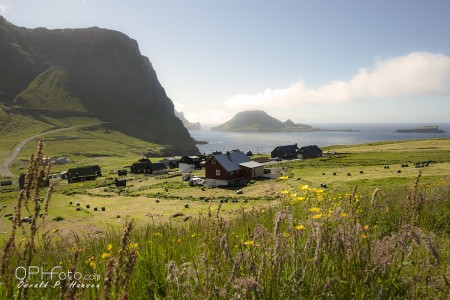 Make sure to book a tour to Gásadalur 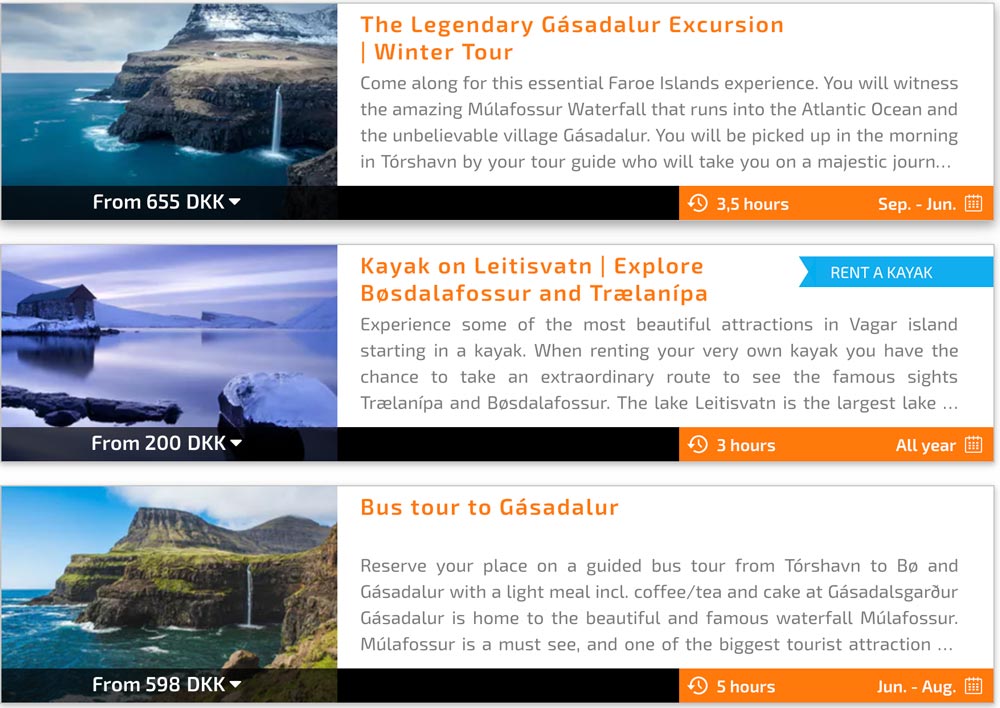